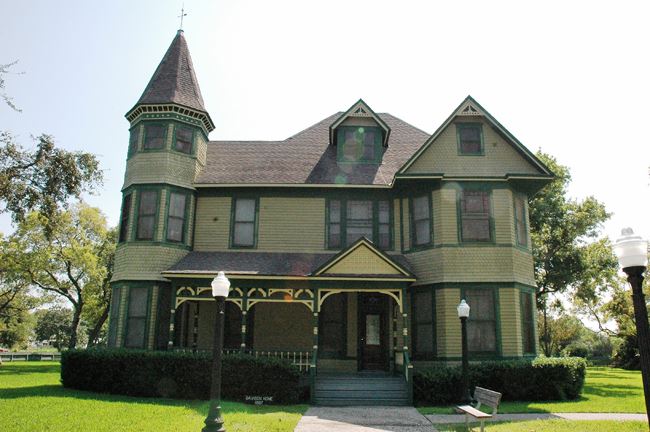 Open to the public on the first Sunday of each month from 2 pm to 4 pm.

The Davison Home is constructed of cypress wood brought by ship from Louisiana. Railroad ties and rebar reinforce the foundation. Construction began in 1895 and took two years to complete. It is the only house in Heritage Square that is on its original site.

Visitors to the area were often accommodated in the three-story home, and it became a setting for parties and social events. It is still available today for weddings, parties, and other organizational meetings.

Occupied continuously by three generations of the same family for over 75 years, the structure is a fine example of late Victorian architecture as revealed in homes of the upper middle-class. Not quite a mansion, it has beautiful woodwork, double parlors, a large dining room, high ceilings and a graceful entry hall and stairway.

Deep porches embrace the front side, and a round tower alcove was a favorite spot on all three floors. Much of the furniture is original.

The Texas City Heritage Association was formed in 1972 for the avowed purpose of restoring the Davison home for public use. Money was raised by private donations, and the purchased house was deeded to the city. Restoration has gone forward since 1972.