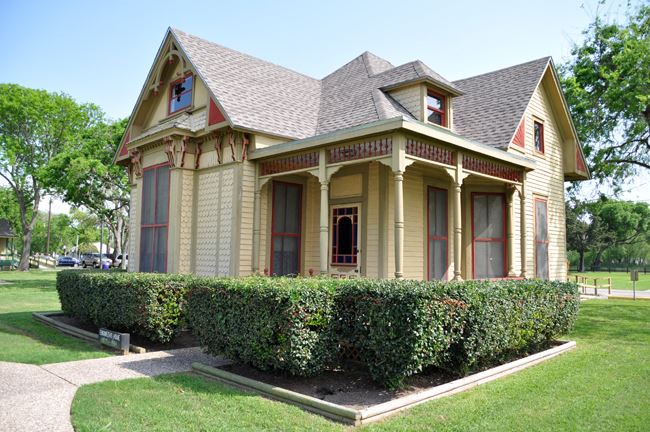 This Victorian-style cottage was built by the Texas City Improvement Company prior to 1895 for an employee of the company. The house plans came from a Sears-Roebuck catalog.

Originally located at 206 2nd Avenue N in the "First Addition," this historical home became known as the Engineer's House because of the tragic fate of an early resident. Goodson G. Chamberlin (1846 to 1895), a contractor for the Port, was killed by James A. Muse (1835 to 1900), a former lighthouse keeper of Half Moon Shoal Lighthouse, as a result of a land dispute.

Muse was later acquitted of the murder.

The home was bought by William Moore and later, by Donald W and Barbara White in 1984. The Whites deeded the house to the Texas City Heritage Association prior to it move to Heritage Square in 1991.